COX has developed thermal night vision cameras for military vehicles and police vehicles, including armored vehicles, and has been exporting them to Middle Eastern countries, Turkey and several other countries. The Night Vision Camera, released by COX, has a similar structure to the night vision installed in luxury cars, but it is not equipped with tracking software that detects and displays people in front of the car while driving at high speeds at night. It is used to detect people or vehicles while observing tens to hundreds of meters away at night without illumination, depending on the lenses paired with the night vision camera, for military or police vehicles driving at night on unpaved, mountain roads, or desert roads at low speeds. The ECU(Electronic Control Unit) is designed and supplied to output video formats which are accepted by the monitor already installed and used in existing vehicles, because most of application is they install night vison cameras in vehicles already in operation by police or by military. The ECU video output formats already developed so far are analog(CVBS), HD-SDI, and HDMI. In some application, they install 2(front and back of the vehicle), 4(every 90° angle) or 5 thermal night vision cameras with different focal length of lenses to cover all-around view on the vehicles. The demonstration video below shows that vehicle with a visible camera and thermal night vision camera drives on country roads without streetlights, which are a matter of course necessary for military or police vehicles to perform special missions at night without illumination, but can also contribute significantly to the safety in driving at night. The sensors of the thermal night vision camera does not respond to visible light like visible camera, but only to infrared light. The thermal night vision camera is completely unaffected by having a clear forward view at night, whether the vehicle's headlights are on or off.

The thermal night vision camera for military and police vehicles developed by COX converts the digital video data from the thermal camera into LVDS to stably transmit video data without data loss or breakage in the vehicle where fairly high level of noises exist, to the ECU installed near the monitor, and the ECU converts it into a video format accepted by the monitor. When images supplied from two thermal night visions are selectively monitored by one monitor, the ECU is designed to have two simultaneous video outputs.

COX's Night Vision camera is not a standardized night vision like ones installed on luxury passenger cars, but is mounted on military vehicles(including armored vehicles) or police vehicles to monitor the front and detect people or vehicles at night without lighting. Depending on the detection distance, the focal distance of the lens can be selected as the specification required in the project.
In the project we have carried out so far, we have supplied thermal night visions paired with various lenses of angle, ranging from a fisheye lens that can cover 180°, 90° and 47°. 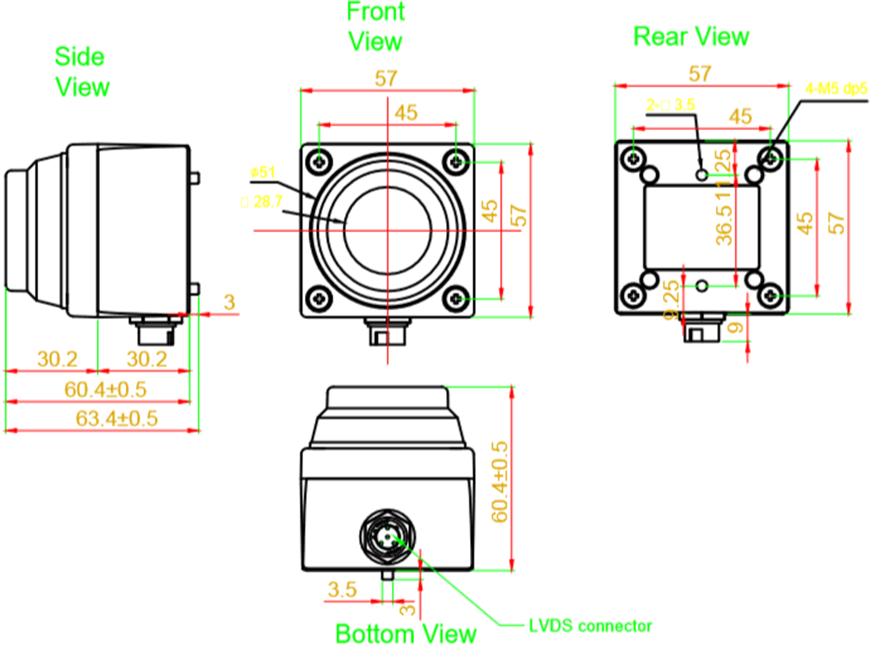 Note: Thermal night vision with 640x480 pixels thermal sensor is also available. Possible to supply lenses with the desired angle of view in the project.